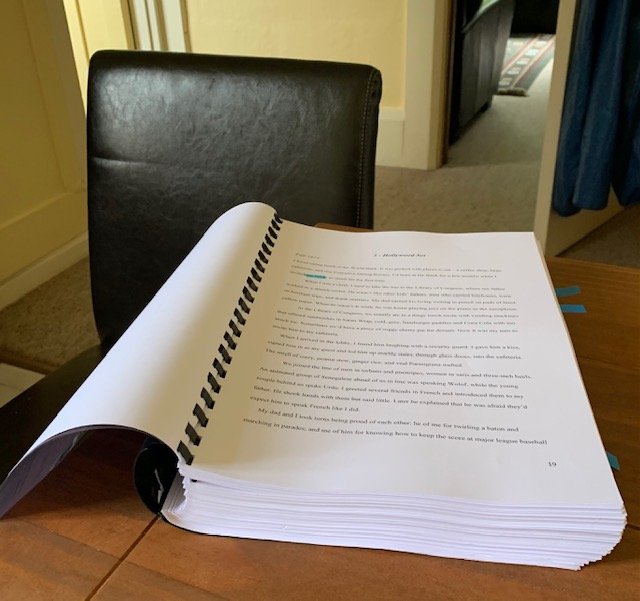 Today I celebrate my birthday. Since I am in Portugal during a pandemic, and in the absence of party guests, cake, candles and the Happy Birthday song, I will celebrate by putting down my pen, stepping away from my keyboard, and declaring my memoir done

Odd, really. After a third year spending two months in New Zealand working on it, I was certain my memoir – 300 double spaced pages – was done on March 1, 2020. I was so confident of this, I that I printed it out and lugged it home on the plane, quite pleased with myself. In April, however, when we learned that due to covid-19, we wouldn’t be going to Portugal as scheduled, I asked a friend to read my manuscript to reassure me that it was, in fact, done. Although my friend professed to love the book, she had a few suggestions. When I delved into it a little further, I realized I still had work to do. But we were living through a pandemic and couldn’t go outdoors or do anything with anyone, so why not take the time to write the book again? In mid-September, confident of the rewrite, I called it done, printed it out, and lugged it with me to Portugal.

So, amidst insurrections and inaugurations, I kept writing and rewriting the book. And a mere three months later, on the occasion of my birthday, I’ve put down my pen, stepped away from the keyboard and am calling it done, once and for all!

Of course, as people have patiently explained to me, writing the book is just the beginning. There is the matter of publishing and selling it – which requires you to write the dreaded book proposal, in which I must describe in no less than 15,000 words what I’ve just finished writing in 91,000 words. But I’ll savor the satisfaction of finishing the book for the third time. . . and save my angst about selling it until later.