A Father’s Day Tribute to My Own FDR 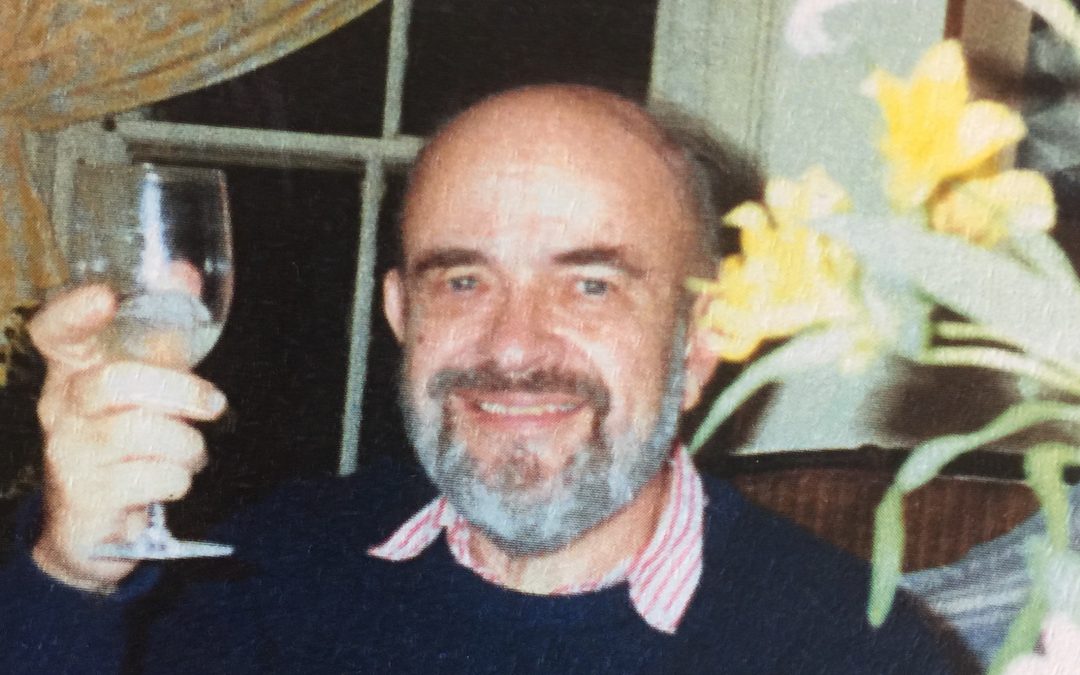 The night before my father died, he and his wife Kate gave a dinner party for several neighbors. During the meal, he raised his voice and said distinctly “I have always been a man of words.”

This was likely to have come as a surprise to the people there, most of whom had known my father over the previous few years, when he could best be described as a man of few words, a man sitting quietly on his porch, looking up from time to time to wave cheerfully to casual passers-by.

But it was no surprise to me that he’d describe himself as a “man of words.” That was certainly the man I knew.

My parents were college students when I was born. And from my earliest days, I was surrounded by interesting, intelligent and opinionated people, who argued passionately for things they believed, my father taking the lead. In the house I grew up in, words were prized above most things. Making good conversation was a Dell tradition beginning with my father’s father, novelist and literary critic, Floyd Dell, my father’s mother–suffragist, librarian and raconteur, B.Marie Gage–and my father’s older brother Tony–an outspoken jazz enthusiast.

As I was growing up, I often found my father in my grandfather’s study with him listening intently to what he had to say about literature, politics or history, or with one of my grandfather’s friends, talking about his days riding the rails as a hobo during the Depression. Growing up with all these talkers, it was no wonder that in college my father was among the most outspoken of his outspoken friends. Nor was it surprising that he when he found his perfect job it would be at the Library of Congress, writing speeches for politicians to deliver.

But he didn’t limit his words to speeches, he also wrote books full of words about his heroes: Abraham Lincoln, who freed us from slavery, and FDR, who raised us from the depths of despair. Like his heroes, my father used words to do battle against racism, misogyny, and war mongering. While my father could be less than diplomatic on occasions, his words were powerful, his sense of right and wrong unequivocal, and he left a great impression on the little girl who was me.

Although politics and history were often on his mind, he also spoke to me about love. About how important it was. About the heartbreak of losing it and the wonderfulness of finding it. Always optimistic, he attributed to luck everything that went right in the world. He spoke of how lucky he was in love. Though his marriage to my mother ended badly, still it produced two daughters who grew up to be his best friends. The fifteen years he was married the first time also gave a beautiful little girl in Long Island time to grow up, move to Washington, D.C., get a job at the Library of Congress, fall in love with him, and then marry him—which made him the luckiest of all men.

Though not always fatherly in many of the traditional ways a father may fulfill this role, he considered his three daughters highly intelligent and interesting people with whom to share in his enthusiasms, his outrage, his silliness, and his progressive politics. Throughout my young life, whenever I was confused (usually about politics) I’d come up and ask, “What do we think about this, Daddy?”

Several years ago, when hydrocephalus began to get the better of him, his short-term memory and his words failed him, I took over. Remembering his words, his childhood, his gregarious mother, his extraordinary friends–many who had become my friends too–I was able when to use his words to remind him of what mattered most, to prompt him into remembering, and even get him talking again.

The day before he died, my stepmother found him reading Jean Edward Smith’s biography of FDR. He appeared to be crying, moved to tears by Smith’s description of the relationship between Roosevelt and Churchill, two extraordinary men of words, men who made speeches that changed the world,

He read: “When the conference ended, Churchill went to the airport to see Roosevelt off. He helped the president into the plane and returned to his limousine. “Let’s go,” he told his aide. “I don’t like to see them take off. It makes me far too nervous. If anything happened to that man, I couldn’t stand it. He is the truest friend; he has the farthest vision; he is the greatest man I have ever known.”

Christopher Dell was my Franklin Roosevelt. The night he died, I knew just how Churchill felt.