One hundred years ago, Bohemian author and editor of the radical Masses magazine, Floyd Dell, began a passionate affair with a newcomer to Greenwich Village — the yet to be discovered “girl poet,” Edna St. Vincent Millay. In the years that followed, both Dell and Millay became symbols of early 20th century feminism, rebellion, and literary freedom. A century later, while poring over her grandfather Floyd’s papers at Chicago’s Newberry Library, Jerri Dell discovered hundreds of handwritten letters and an unpublished memoir about his love affair with Millay.

Finding him as outlandish, entertaining, and insightful as he was when she knew him fifty years before, she chose to bring him and his poet lover back to life within the pages of this book. Admirers of Edna Millay — as well as literary and political history buffs, Bohemian Village enthusiasts, and readers interested in writers who famously influenced social norms — are sure to enjoy this eye-witness account of a fascinating woman and exceptional poet.

“Artfully brought to vivid life are the lives and loves of two extravagantly romantic rebels who found themselves and each other at the heart of America’s truest bohemia, the Greenwich Village of the 20th century.” –Douglas Clayton. author of “Floyd Dell: The Life and Times of an American Rebel.” 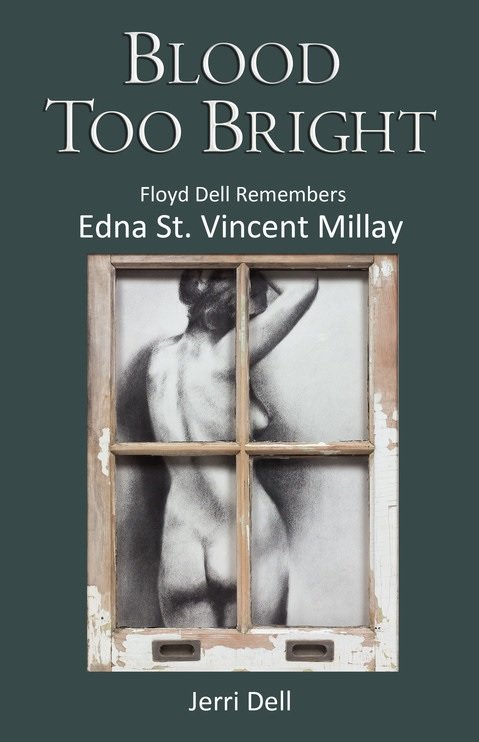 Floyd Dell (1887-1969) was one of the central figures of the Chicago literary renaissance and Greenwich Village bohemianism of the early twentieth century. He was a pivotal American writer whose advocacy of feminism, socialism, psychoanalysis, and progressive education shocked the American bourgeoisie. His novels, plays, essays, and bohemian life came to epitomize the Greenwich Village avant-garde of the 1910’s and 1920’s. Managing editor of radical magazine the Masses, Dell was twice put on trial for publishing subversive literature. Dell has been called “one of the most flamboyant plant, versatile and influential American men of letters of the first third of the Twentieth Century.”

Dell was born in Barry, Illinois on July 28, 1997. He lived in Quincy, Illinois for a large portion of his childhood. Encouraged by his mother, a former school teacher, Dell became a voracious reader, spending much of his time at Quincy’s local library. At age 16, he moved with his family to Davenport, Iowa, which was then a liberal and cosmopolitan port city and center of trade with a thriving literary and intellectual scene. In Davenport, Dell left high school to work in a candy factory–a job for which he had no aptitude at all. But when he lost the factory job, he was hired by a local newspaper and worked his way into a job as a reporter. He was also an active socialist, and associated with writers like playwright and novelist, George Cram Cook, journalist Susan Glaspell and poet Arthur Davison Ficke.

In 1908, Dell left Davenport for Chicago where he became editor and book reviewer for the Chicago Evening Post’s nationally distributed ‘Friday Literary Review,” the “leading organ off literary modernism in America at the time.” Dell used his position as editor to introduce many Americans to modernist literature and promote the work of many Chicago writers, including Theodore Dreiser, Sherwood Anderson, and Carl Sandburg.

Dell was fascinated by feminism and the ways in which it was changing the world . . . In a series of front-page articles in the summer of 1912 he provided portraits of American and European leaders of the suffrage movement. In the spring of 1913, the essays were collected in a book titled Women as World Builders. The portraits themselves –of Charlotte Perkins Gilman, Emmeline Pankhurst, Jane Addams, Olive Schreiner, Isadora Duncan, Beatrice Webb, Emma Goldman, Margaret Dreier Robins, Ellen Key, and Dora Marsden–introduced the works and ideas of these women to an uninformed audience.

Relocating to New York City in 1913, Dell became a leader of the pre-war bohemian community in Greenwich Village and managing editor of Max Eastman’s radical magazine the Masses. Following the passing of the Espionage Act of 1917, the government officially labeled the magazine “treasonable material” in August of that year and issued charges against its staff for “unlawfully and willfully . . . obstructing the recruiting and enlistment of the United States’ military. Dell and his co-defendants faced fines up to 10,000 dollars and twenty years improvement. After deliberating for three days, the jury was unable to come to a unanimous decision. The jurors seeking to convict the defendants blamed one juror for being unable to conform to the majority opinion, as he was also a socialist. Not only did the other eleven jurors demand the prosecutor to levy charges against the lone juror, but they attempted to drag the socialist supporter out into the street and Lynch him. The Judge, given the uproar, declared a mistrial. A second trial also resulted in a deadlocked jury. 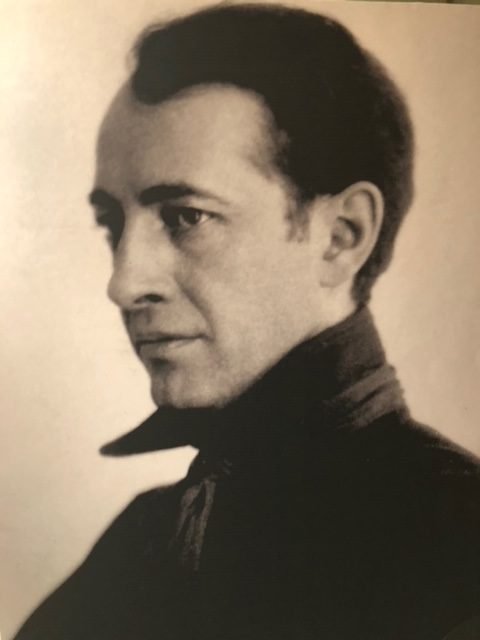 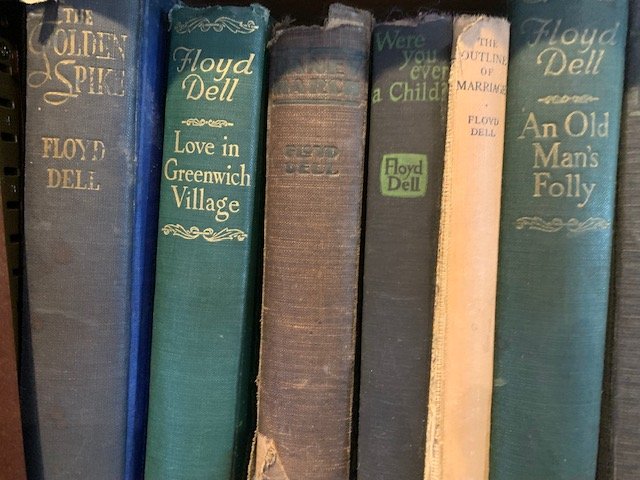 Edna St. Vincent Millay (February 22, 1892 – October 19, 1950) was an American poet and playwright. She received the Pulitzer Prize for Poetry in 1923, the third woman to win the award for poetry, and was also known for her feminist activism. The poet Richard Wilbur asserted, “She wrote some of the best sonnets of the century.” After her graduation from Vassar in 1917, Millay moved to New York City. She lived in Greenwich Village. Millay described her life in New York as “very, very poor and very, very merry.” While establishing her career as a poet, Millay initially worked with the Provincetown Players on Macdougal Street and the Theatre Guild. In 1924 Millay and others founded the Cherry Lane Theater “to continue the staging of experimental drama.”

Her 1920 collection A Few Figs From Thistles drew controversy for its novel exploration of female sexuality and feminism. In 1919 she wrote the anti-war play Aria da Capo which starred her sister Norma Millay at the Provincetown Playhouse in New York City. Millay won the Pulitzer Prize for Poetry in 1923 for “The Ballad of the Harp-Weaver”. In 1923 she married 43-year-old Eugen Jan Boissevain, a self-proclaimed feminist. During the first World War, Millay had been a dedicated and active pacifist; however, from 1940 she supported the Allied Forces, writing in celebration of the war effort, including poetry. Her reputation in poetry circles was damaged by her war work. Merle Rubin noted: “She seems to have caught more flak from the literary critics for supporting democracy than Ezra Pound did for championing fascism.”

In 1943 Millay was the sixth person and the second woman to be awarded the Frost Medal for her lifetime contribution to American poetry. Millay died at her home in 1950 at the age of 58. 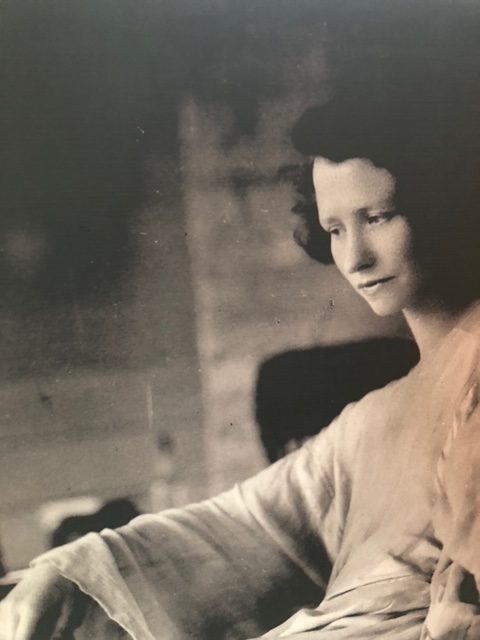 Floyd Dell’s granddaughter has unearthed a trove of his private letters. This collection is the first in-depth entrée into Floyd Dell’s brilliant mind as it tries to grasp that of his still-elusive and enigmatic lover, Edna St. Vincent Millay.
—Barbara Hurd, author of Listening to the Savage: River Notes and Half-Heard Melodies

In this rich mélange of memoir, critique and correspondence, Jerri Dell offers a glimpse into two intriguing lives: celebrated poet Edna St. Vincent Millay and writer, editor and critic Floyd Dell. Presenting Floyd’s public as well as private writings, she brings to life both the fiery young radical and the older astute man of letters whose singular insight into Millay’s groundbreaking poetry stems from the relationship of these two important literary figures, young lovers and rebels in Greenwich Village’s first heyday in the early twentieth century. Dell’s intelligent, compelling preface, interlaced with memories of her grandfather, entices readers into this absorbing exploration of love and literature.
—Krystyna Poray Goddu, author of A Girl Called Vincent: The Life of Poet Edna St. Vincent Millay

In Jerri Dell’s thoughtfully compiled collection of essays, letters, and commentary by her grandfather Floyd Dell, she offers readers a candid, first-person exploration of life in Greenwich Village in the roaring 1920’s. Historians know Dell as an activist and editor of The Masses, but here–as he details his lifelong fascination with Edna St. Vincent Millay–he emerges as the rejected lover who spends the rest of his life intensely analyzing the elusive poet’s personality and behavior to explain what went wrong. In doing so he illuminates not only his astute powers of observation (perhaps partly gleaned from his interest in Freud) but also her self-defined conflict between romantic love vs. art, heart vs. mind, that she tackled in both her poetry and prose.
—Holly Peppe, Literary Executor, Edna St. Vincent Millay